As you enter Tosti's Wine Shop, you will see our 20 rated wines under $20. We call them 'Overachievers' as many taste like wines at twice the price.

Our current selections are:

Wispy suggestions of fresh peaches, lime and kiwi-like fruit in the nose set this one out on a good foot from the start and the wine's flavors run true to billing with a nice sense of juicy fruit as their main message. The wine shows a little more substance than most yet is buoyed by integral acidity, and it will make a fine foil to broiled fish or crab.

"Crisp and sleek, with juicy, expansive nectarine and peach flavors that play against citrusy acidity, finishing with zing and a sense of softness that lets the finish keep singing.

"Bright yellow. Aromas of orange, pineapple and pear, plus a hint of musky herbs. Juicy and very fruity, with crisp acidity and a sharp element of orange zest adding a bitter touch. Finishes clean and brisk, with modest persistence and an echo of candied citrus fruits. This is an incredible value in sparkling wine."

Vina Robles White4 2012 92 points Wine Enthusiast -
Editors’ Choice – “Paso Robles is achieving fame for its offbeat white blends, and this wine is a perfect example of why. Made from Viognier, Verdelho, Vermen-tino and Sauvignon Blanc, it’s one of the most beautifully drinkable whites on the market today, at a great price. Brisk acidity, a steely minerality and mouthwatering cit-rus fruit combine with richer, riper notes of nectarine and peach to produce a vibrant wine.”

"A custom cuvee from Eric Solomon, Altovinum’s 2013 Evodia is made from 100% old vine Grenache (some of it 100 years old), planted at 850- to 950-meter elevations in pure slate soils. It is a lovely, elegant, feminine-styled Grenache displaying notes of strawberries, cherries, spring flowers and loamy soil undertones in a medium-bodied, refreshing, pure format."

A confident wine that shows consistent scores throughout the years, Campomaccione is the kind of wine you can count on for its food pairing potential and good cheer. Morellino di Scansano is characterized by easy, bright berry nuances.

The crisp tannins and sleek structure give the

Louis Martini Cabernet 2012 Wine Advocate 88- "One of those great values is the 2012 Cabernet Sauvignon Sonoma (87% Cabernet Sauvignon, 7% Petite Sirah and the rest Zinfandel, Merlot and Cabernet Franc that achieved 13.9% alcohol). The wine’s pH of 3.8 probably explains its silky texture. There are 420,000 cases of this dense wine that exhibits lots of black currant and black cherry fruit intertwined with background earth and oak (it was aged in tanks with French and American staves). This medium to full-bodied Cabernet reveals excellent purity as well as lots of flavor intensity

"The 2010 Palazzo della Torre is 70% Corvina, 25% Rondinella and 5% Sangiovese that is air-dried until December after the harvest. That brief appassimento has shaped a delicious wine with loads of cherry and dark spice. It’s a great value with the depth of concentration and length that would match a wine double this price. Drink 2013-2018"

"A fruity wine with black cherry, blueberry and hints of pepper. Full and velvety with a long and delicious finish. Acidity is well-integrated with the fruit. One of the best value wines from Tuscany. Screw cap. A blend of Sangiovese, Merlot and Cabernet Sauvignon. Drink now. "

"Light and sleek, with a satiny texture to the pear and floral flavors, lingering deftly and intently."

A dusty, brambly Zinfandel nuanced in blueberries and plums, this is smooth and soft on the palate with an earthy quality throughout. On the finish this medium-bodied wine offers leathery tobacco and smoke. 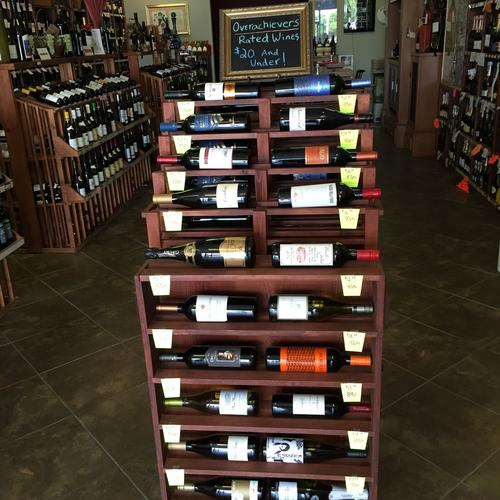